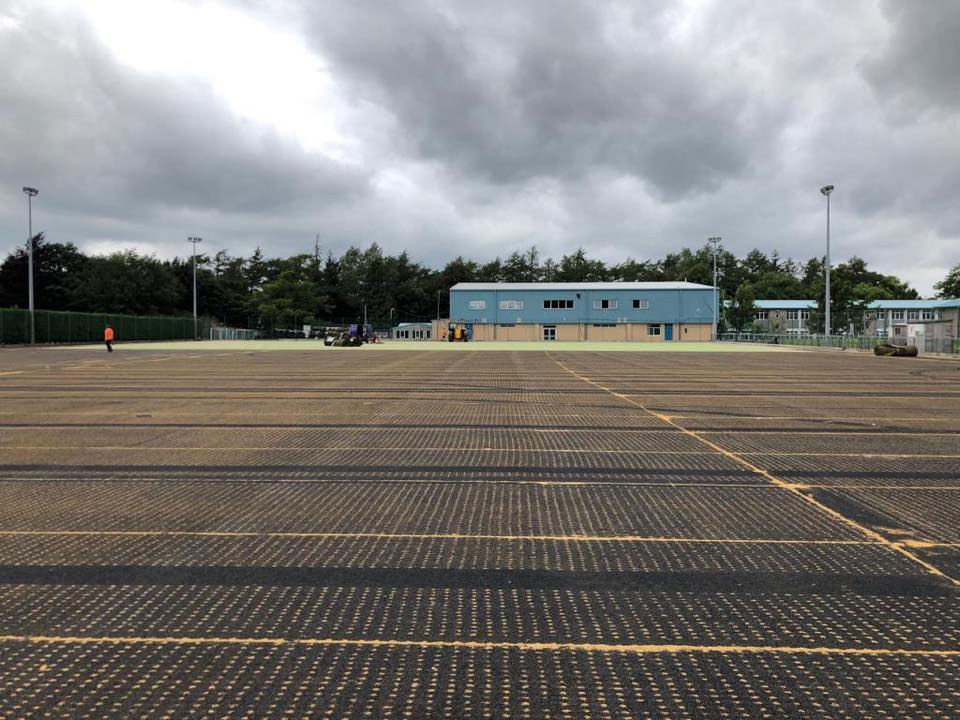 Work has started to replace the all weather pitch at a Kirkby Stephen after its initial installation over 23 years ago. Over the years the pitch has been a home and venue to many throughout the Eden valley with a customer base of over 800 people,including 14 clubs and organisations.

The average lifespan of an artificial surface is generally 10 years, and considering the amount of use it has week by week, the all weather pitch has withstood a successful existence.  In 1996 this original facility was created on the grounds of Kirkby Stephen Grammar School by the Kirkby Stephen Community Sports Association (KSCSA), with a 50-year lease. Over the years the pitch has been well maintained and the community has worked hard to support the facility to ensure its financial viability over the last two decades. As a result, the pitch has always been self-financing from revenue generated from lettings. Kirkby Stephen Community Sports Association has sought to find the money to replace the pitch and the project has been made possible through major funding from the Garfield Weston Anniversary fund and the National Hockey Foundation along with support from many local funding bodies, sports clubs and charities. We are delighted to say work has started to replace the pitch by turf suppliers SIS pitches based in Maryport - they supplied some of the football pitches for the men’s football World Cup in Russia, and are Federation International Hockey accredited. Further funding has been secured from Eden District council and Kirkby Stephen Grammar School for the second phase to improve the lighting and replace the halide floodlights with more efficient LED lights. These improvements are hoping to take place in the next twelve months.

The pitch is home to Kirkby Stephen Hockey Club who currently runs two ladies teams, the first team play in the North Premier women’s league, the seconds in the Cumbria league, and once again this year the club is running a development team of young players mixed with experienced ladies in the Netherwood league. In addition the club has over 100 junior players from 6-16 years old with a very successful history with many of the junior players progressing through to play hockey for Cumbria junior county boys and girls teams and further selection to England Hockey performance centres in Durham and Fylde. The club has also had much success with our their junior teams, with last year the u12 girls qualifying for the National Round of the in2 hockey competition and went to Nottingham in May to play against the best u12 teams in the country. With dedicated volunteer coaches the junior section is really thriving and the future is almost certainly bright for KSHC.

With a brand new pitch for the upcoming season the club is opening its doors to everyone and promoting hockey within the Eden Valley. The future is exciting for KSHC and we look forward to welcoming all ages and abilities on a new artificial pitch.

For future information on joining in, please contact us on social or admin@kshc.co.uk 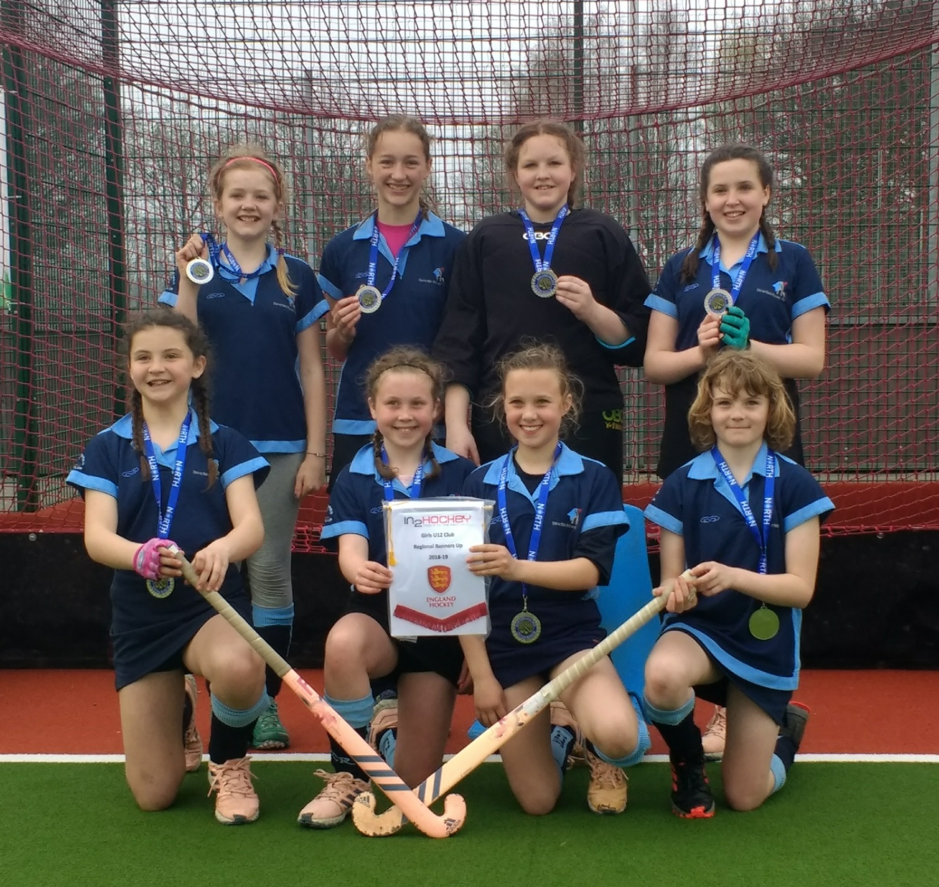 Three junior hockey teams attended the Regional In2 Hockey Tournament at Leeds recently. U12 Girls, U10 girls and U10 boys achieving some of their best results to date.

Whilst the junior teams have progressed well through the opening rounds in previous years, the U12 girls are the first junior team in the club to have qualified to attend the National Finals.

Their group games consisted of 4 games against Fylde, Chester, Saracens and York. Having qualified through the group stages Kirkby went on to play Favourites Wakefield in the semi final, superb penalty corner routines and fierce defending lead them to a deserved win.

The extremely close and at times tense final was played out between Kirkby Stephen and York, with York in the dying minute able to score a winner. Kirkby Stephen go through as runners up and along with York represent the North of England at the National In2 Hockey competition at Nottingham on Saturday 18th of May.

Kirkby Stephen U10 girls who qualified for the regional In2 Hockey competition in Leeds, showed some lovely skill and great determination when they came up against good opposition from Thirsk, Alderley Edge and Fylde in the group stage at Leeds.

Kirkby Stephen U10 boys attended the regional round of the In2 Hockey competition in Leeds. They held their own against strong opposition from large clubs and were unlucky not to get through to the semi finals, having played Chester, York and Preston in the group stages. 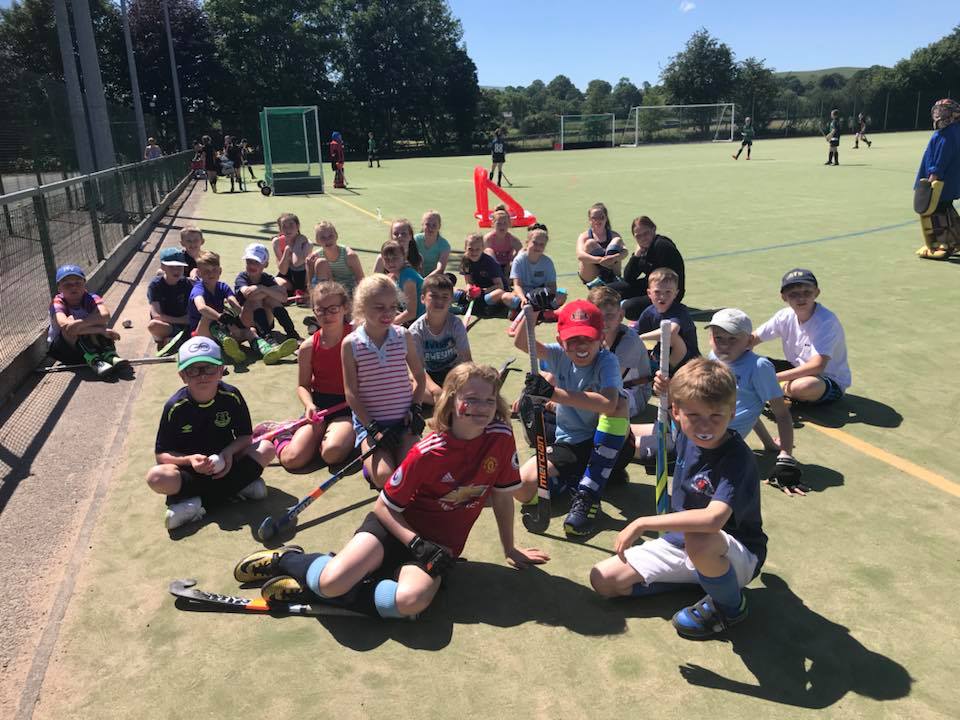